Our New York State traffic court defense lawyers are prepared to appear for you in all Eastern Westchester County traffic courts. Headquartered in Mamaroneck, NY, our office has extensive experience representing drivers accused of speeding in all courts of Westchester County, NY, and in particular Rye, Port Chester, Mamaroneck, Larchmont, New Rochelle, and Harrison. Give us a call today to speak to an experienced ticket defense attorney. 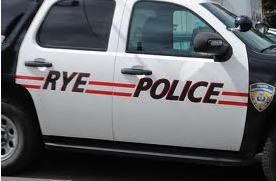 Receiving a speeding ticket in and around Rye, NY can be very confusing. There is the City of Rye City and the Town of Rye. Rye City has its own court, but the Town of Rye holds court in the Village of Port Chester. Moreover, due to the overlapping jurisdictions, your ticket may have been written by the Rye Brook Police, SUNY Public Safety Police, Westchester County Police, New York State Police, Port Chester Police, or the City of Rye Police. Indeed, you may not even have committed your violation in either the City or Town of Rye. The Rye Town Court has jurisdiction in parts of the Village of Port Chester, Rye Brook, and the Rye Neck section of Mamaroneck, New York.

The Playland Boardwalk and Beach in the City of Rye, New York
First line of defense in a Mamaroneck, NY Speeding Ticket

Because the geographical lines are so tight, the first thing we review to defend a Speeding Ticket written in or around Harrison, NY is to verify the police officer returned the ticket to the correct court and also had jurisdiction to write the ticket. A New York Traffic Court has no subject matter jurisdiction, i.e., authority, to hear a ticket unless the violation occurred within its geographical area, and the cop had the authority to write the ticket. We have the skill, experience, and knowledge to raise these issues, which can stop a prosecution dead in its tracks.

All courts. All Defenses

We appear in all courts in Westchester on all charges. We will defend you against NY speeding (NY VTL § 1180), “move over law” (NY VTL § 1144-A), red light tickets (NY VTL § 1111), stop sign tickets (NY VTL § 1172), operating without insurance (NY VTL § 319) and the increasingly frequent 5 point cell phone violation (NY VTL § 1225). We will also defend you against traffic crimes such as reckless driving (NY VTL § 1212) and driving on a suspended license (NY VTL § 511). No matter where you receive a ticket in NY State, in or outside of Westchester County our lawyers will service you. Whether you receive a traffic infraction charges, traffic crime charges, or a DWI charge we will defend you.

Our law office offers convenience, ease, and certitude of a positive outcome. We will represent you in any court in the State of New York. we get your court appearance waived so you do not have to take time off. We give you piece of mind by giving you a money back guarantee.