Factors which make you more likely to get a speeding ticket
Reporters at the Pioneer Press of St. Paul, Minnesota conducted an exhaustive, 3  year audit of 224,915 traffic tickets issued in Minnesota over the...
MORE...

Brooklyn Trust and Will

Have you been charged with failing to yield to an emergency vehicle in New York?

New York VTL § 1144-a move over law is aggressively enforced by the New York State Police and other highway agencies. No one can object to the intent of this law - keeping public safety officers safe. The move over law attempts to address this tangible risk of being injured or killed while out on a roadway that all emergency service workers face while performing their duties. Nonetheless, this law is often unfairly enforced, as it is enforced against people who could not safely move over or were in such a position that they could not see the emergency vehicle in time to move over. Further compounding the problem is that a move over law ticket is a moving violation, accruing 3 points and a hefty insurance increase.

Under the law, the emergency vehicle must be:

Upon these conditions precedent being met, the statute creates an affirmative duty to move over from the lane immediately adjacent to the emergency vehicle, but only if it can be done safely and by not violating any other vehicle and traffic law, specifically VTL § 1110 (fail to obey a traffic control device) and VTL § 1128 (unsafe lane change). 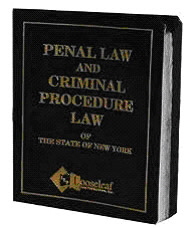 The statute leaves open to numerous exceptions and defenses. For example, New York VTL § 1110 requires drivers to obey all traffic control devices, and New York VTL § 1128 is subjectively written and only allows a lane change when the operator believes that the lane change is reasonably prudent to do and can be made safely.

Unlike other vehicle and traffic statutes, there are affirmative defenses found in New York’s Penal Law that are applicable to the move over law statute, the most applicable defense being the “necessity” defense. Under New York Penal Law § 35.05 conduct is justifiable when it is necessary as an emergency to avoid imminent injury which would occur by obeying the law. Avoiding the injury must outweigh adherence to the statute. Applied to the move over law, if changing lanes would cause an accident, then it is necessary to stay in your lane.

Our defense of you against your move over law charges

As you can see, there are many avenues of approach that our NY traffic court defense lawyers can take when defending you against the charge of failing to move over for a stationary emergency vehicle. We can prepare a defense which calls into question the safety of you moving over, a defense in which we present evidence that you would have violated a different vehicle and traffic law statute by moving over, or we can raise a penal law necessity defense. Even if you do not have any of those defenses available to you, we can still defend on the ground that it is the state’s burden to prove each and every element, including the safety of making the lane change.

For additional information, go to http://www.AttackThatTicket.com

Attorney advertising prior results do not guarantee a similar outcome